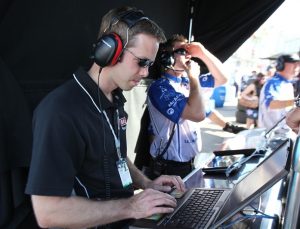 Christopher Brown has spend over a decade in professional motorsports specializing in all things electrical and is the author of the book “Making Sense of Squiggly Lines”.

A native of Portland, Oregon Christopher got hooked into racing at the age of 13 when he started building and racing radio-controlled cars.  While working at the local hobby store to support his racing habits, he decided to pursue a degree in engineering at Oregon State University.  Christopher got involved in school’s Formula SAE program where he became the lead suspension designer, and then went off to study composites at the University of Nottingham.  While in England, he had his first experience behind the wheel of a race car by attending the Jim Russell Racing Drivers School at the Donington circuit. Impressed with not only his driving and engineering skills, the school offered him a part time position to become their data analysis guru. He completed his Bachelor of Science in Mechanical Engineering and graduated with Cum Laude honors.

When Christopher returned to the states, he spent a couple years racing in SCCA wining both national and regional events before moving to sunny California.  There he started working as a track support engineer for MoTeC, a well known motorsport electronics company in both data analysis and engine management systems. Christopher work for many years in Grand-Am, American Le Mans, World Challenge, Formula Mazda and spent 3 years in IndyCar.  He has a wealth of knowledge about motorsport electronics, excellent problem solving skills, and excels at coaching drivers from both the data side and from behind the wheel. 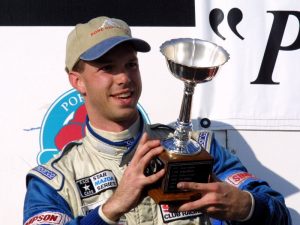